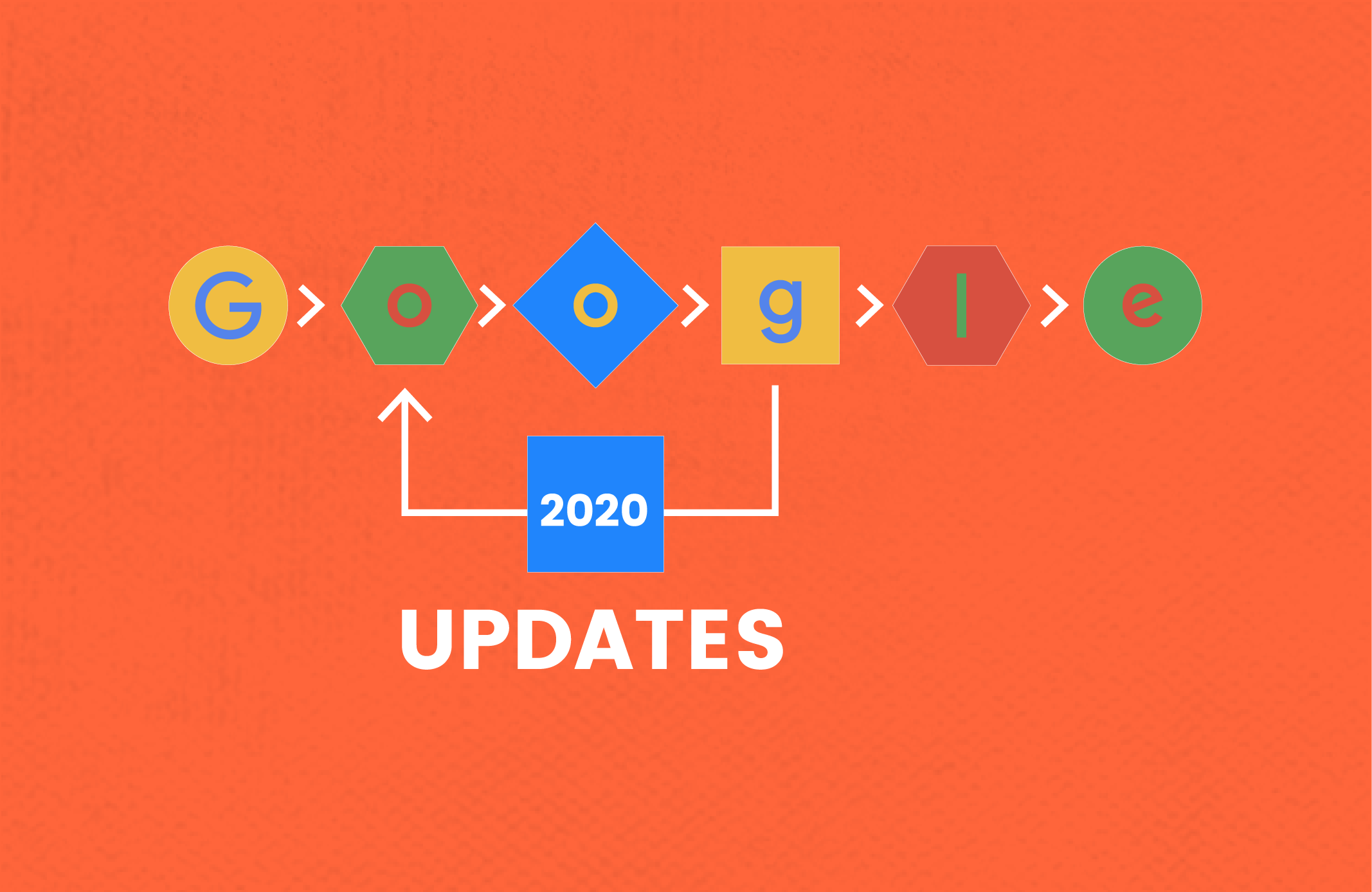 Not too many industries go through as many changes as digital marketing does. From niches like SEO, PPC, e-Commerce, and social media, to content-based marketing, all these specific environments and their business models depend on myriad variables. A huge part of this dynamic landscape is the Google search engine and the fact that its main algorithm undergoes more than a thousand updates every year.

Most of these updates are small and too trivial to alter the SERPs in a significant manner. Or to even be addressed by Google.

However, every once in a while, Google’s search engine algorithm gets a core update resulting in disruptive and landscape-altering changes that not only take several weeks (often even months) to fully roll out but tend to forever reshape the way we approach SEO.

Also known as broad core updates, these algorithm changes deeply impact the way websites are ranked and can (and usually do) affect the search visibility of millions of websites across the web. These alterations in website visibility can be positive or negative, relative to your role in the search engine mechanism. In other words, Google tries to fine-tune its engine so the users get the results of utmost relevance for each query they type in.

Every new core update rollout recalibrates the way Google determines which pages are relevant, and does that according to the website’s Expertise, Authoritativeness, and Trustworthiness (E-A-T).

Unlike those minor algorithm changes that cause unnoticed tremors, broad core updates tend to have long-resonating aftermaths with a far-reaching impact on website ranking fluctuations and contextual results for search queries.

The tricky part is that there are no surefire quick fixes for the websites that are hit by core Google updates. The only solution that actually works is to improve your content quality, substance, and value by focusing on the aforementioned E-A-T model.

That said, let’s go over the most relevant Google algorithm updates that occurred during this curious year.

The very first update of 2020 rolled out on January 13th, and it was a broad core one right away. The news first came through the Google Search Liaison official Twitter account:

“We are releasing a broad core algorithm update, as we do several times per year. It is called the January 2020 Core Update. Our guidance about such updates remains as we’ve covered before. “

The consequences were felt after just a couple of days with numerous metrics and algorithm update trackers tarted reporting significant fluctuations.

According to RankRanger and various other data sources, it seems that this update hit those annoying YMYL (your money, your life) niches the most.

“YMYL niches got hit very hard.” “This a huge update,” says one data analyst at RankRanger. “There is massive movement at the top of the SERP for the Health and Finance niches and incredible increases for all niches when looking at the top 10 results overall.”

The SEMRush team also reported huge changes in almost every category. “The most volatile categories according to SEMRush, outside of Sports and News, were Online communities, Games, Arts & Entertainments, and Finance. But Yulia Ibragimova added that all categories saw major changes and “we can assume that this update wasn’t aimed at any particular topics,” said Yulia Ibragimova of SEMRush.

The second update that took place in January 2020 prevented the URLs that are shown in the featured snippet (also known as #0 position) to be shown again within the first page of the SERPs for the same search. This update was a logical step toward a better optimization of the first 10 SERP slots, both UX- and SEO-wise.

March/April 2020: Algorithm Update or a Change in User Behavior?

There was a noticeable change in algorithm activity recorded during the weeks following the global outbreak of COVID-19 that, in most corners of the world, took place in March and April. There is no official data on whether these spikes in most Google Algorithm Update checkers were triggered by unconfirmed incremental updates to the search algorithm, or it was simply due to an (at that moment) unrecorded change in global search trends induced by the global pandemic.

Most experts seem to think it was the latter as many brick and mortar stores and businesses closed for a while thus resulting in fluctuations in search results, especially local ones. However, Google did confirm it was taking various actions to obviate the spread of fake news reaching the public via their search results. This led to the volatility in rankings within the Health and Wellness industry wherein high-authority websites tend to have assisted exposure.

For example, here’s a search behavior graph showing the rise of queries related to mental health:

Although the fluctuations were recorded daily during these two months of 2020, with no official announcements coming from Google itself, we have to ascribe these changes to the unforeseen lockdown-induced circumstances happening across the SEO landscape.

The second broad core algorithm update of 2020 happened in early May. It took about 2 weeks to fully roll out, with the impact on the results and rankings lasting much longer. It was exactly May 4th when Danny Sullivan announced the update, and instead of it being a fun Star Wars-themed day (May the 4th be with you), the SEO community needed to muster as much force as possible to deal with this 2nd broad core search algorithm update of 2020, which simply isn’t as fun.

However, as we are a resilient community, we had no choice but to tackle yet another algorithmic challenge, this time dubbed “May 2020 Core Update.” Much like it was a time of general turbulence and global volatility, this core update brought similar dynamics to the SERPs as well.

Here’s a graph provided by SEMRush:

With the peak volatility score of 9.4, this one was even more impactful than the January 2020 core update that had a volatility score of “only” 8 points. The categories that have been hit the most, across both mobile- and desktop-based searches, included Arts & Entertainment (especially in organic), Online Communities, Real Estate, Travel, Events, Health, Pets & Animals, and People & Society (as if the pandemic didn’t hurt those enough).

As for those who were on the better end of this deal, it didn’t come as a huge surprise that the news sector would take the biggest piece of the pie, along with business and industrial:

Given the coronavirus outbreak context, the news and media outlets would have experienced a significant boost in search trends even without the algorithm update as a major factor. But Google seems to think they needed an additional friendly bump in visibility.

Although Google remained silent about the apparent June update, the SEMRush sensor recorded major volatility scores going up to 8.6, which is undoubtedly well within the core algorithm update ballpark. Especially as other ranking trackers caught big fluctuations as well.

CognitiveSEO Signals, for example, reported a higher volatility score for the end of June than for the official May 2020 Core Update.

The categories that experienced the biggest oscillations include:

These see-sawings became more apparent when they compared the average monthly fluctuations for certain websites with volatility scores for specific days after this unconfirmed update. There’s always the possibility, as some experts claim, that these scores happened as a result of May’s core update rollback. The jury is still out on this one.

Another mysterious event occurred in the summer of 2020. This time around, dramatic changes were recorded on August 10th when an alleged bug in the system (or an algorithm test that went haywire) allowed low-ranking websites to reach the top of Google’s SERPs, with certain top-tier pages with high authority being bumped down as a result.

It took several days for Google to reverse the damage.

On August 16th, they rolled out another algorithm update. On a Saturday night, because, you know, it’s 2020 and certain rules simply go out the window. Luckily, this patch-like update managed to roll back the algorithm to May 2020 parameters, thus overriding all the minor changes that took place over the summer.

The SEO community got an early Christmas present called the December 2020 Google Core Update. It started rolling out on December 3, and as it’s the case with most core changes, this one should also take weeks, if not months, to fully roll out and display its impact on rankings and how Google’s search engine fetches relevant results for our queries.

On December 4, the Semrush Sensor showed the average SERP volatility score of 9.4, which is neck-to-neck with the volatility caused by the May 2020 core update.

Health, Real Estate, and Law & Government are the industries that were most affected across both desktop and mobile searches. The Travel and Finance saw high volatility rates on desktop, while Jobs/Education and Pets/Animals sectors were hit the most on mobile-based searches.

And while we wait for this rollout to happen in its entirety, let’s go over some of the most interesting takes on what might be happening under Google’s search engine hood in the following months.

Below are fellow SEOs’ insights that have been featured in this informative SEJ article on the subject, describing the potential changes we could be expecting in the months to come:

The SEO community isn’t too happy with the timing of this core update. Although it was released after Black Friday and Cyber Monday, Google apparently couldn’t wait for Christmas to pass as well. However, John Mueller doesn’t seem to think the timing was all that bad for an update this big, despite the fact that many businesses have lost countless sales during the pre-Christmas period when sales surge the most.

Wrapping Up: The Core of the “Update Problem”

Google core updates are a great way to test your adaptive skills. There’s rarely much one can do during the rollout period but track the metrics, draw insights, and keep an eye on what other SEO experts have to say on the topic.

And although Google provides guidelines on what can be done if you get negatively hit, it is probably best to put off any dramatic actions for after a core update finishes its rollout.

And that’s pretty much the core of the algorithm update issue – you cannot pinpoint what is being changed and why exactly your pages are suddenly underperforming – and thus you can’t be sure which components need fixing. But that’s what keeps our industry that much more dynamic and fun.