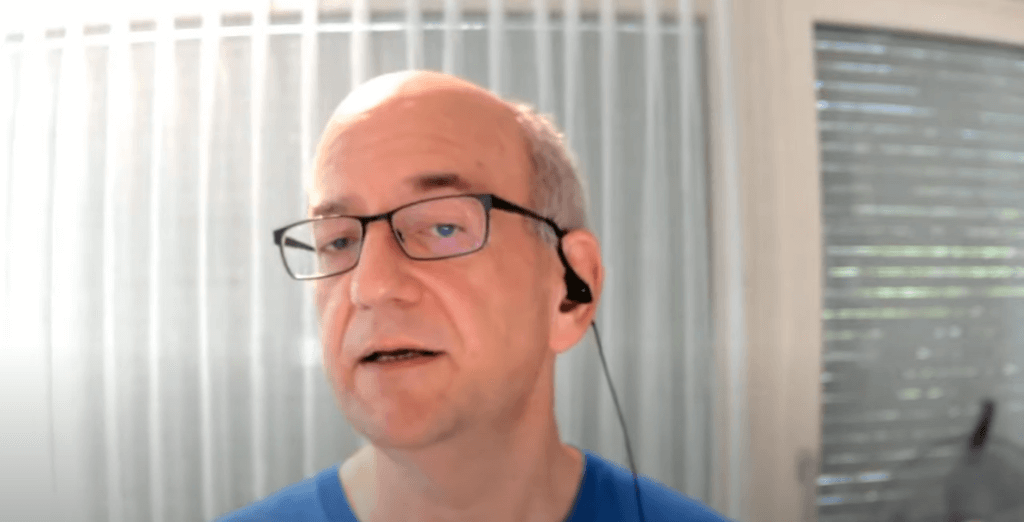 Google Webmaster Office-Hours Hangout is a way for webmasters and SEO enthusiasts to get search-related questions answered by one of Google’s very own Webmaster Trends Analysts – John Mueller. If you have a question – you can ask it, too! Sometimes the reasoning behind John’s answer is very simple and pretty much expected, but every once in a while he surprises us with some big-time actionable advice.

If you haven’t had the time to participate in the Hangout live or catch it on YouTube later on, don’t worry – we’ve got you covered! In this edition of the Google Webmaster Hangout Recap, we’ll skim through the most interesting topics discussed in the chat with Mr. Mueller held on July 24th.

No time to waste, let’s get started right away!

Show Charts as Images or as HTML?

A site owner wanted to know, in a situation when there’s a chart in a blog post, if it was better to display it as an image or as some kind of code (HTML, for example).

“I don’t think you would get a lot of value out of making that chart into HTML and putting the numbers and labels into text, because that’s something that you could just as easily put in the body of the blog post or in the alt attribute as well.” – John said.

The same caller also asked if Google can understand the difference between an infographic and a regular image.

To conclude, what John is trying to say is:

Have you ever been in a situation where you invest a lot of time, effort, and other resources to write high-quality original texts for your website, and then a competitor blatantly copies your content and ranks better for it than you do? Well, a webmaster in Friday’s hangout has, and he wanted to know what he can do about it.

John’s answer was not really encouraging:

“Sometimes that’s frustrating, but the important part to keep in mind is that we use a lot of factors when it comes to ranking… I would recommend making sure that you’re focusing on all of those signals as well. Like trying to find ways to improve your site overall, not just specifically with regards to the (textual) content.”

So, when a competitor has the same content as you do, even when you got it first, you have to outperform them in other ranking factors and that’s not something you can achieve overnight.

“That’s not something that happens, like, you fix the HTML code today, and then tomorrow everything is perfect – that takes a lot of time sometimes, to really improve overall.” – John added.

“Sure, sure, thank you” – replied the caller, understandably not too thrilled with the options John presented.

Mr. Mueller was asked if he can confirm a major Google algorithm change happening right now. A publisher noticed a ranking loss for their Australia based website and wanted to know if an update to the algorithm might have been the cause.

John did not confirm a core update but he did say, as he often does, that Google makes incremental changes to the algorithm “all the time“.

How can you make your sites more robust to those changes? John suggests:

“Think about what you can do to improve your sites overall so they are a little bit more stable and not reliant on this one particular factor that you happen to be working on.”

Merging Sites? Do it Step by Step!

If you’re moving your website from one domain to another, you should expect things to go well since Google has a lot of practice with picking up on that.

“If you’re just moving one-to-one, all of the URLs, from one domain to another, I would expect that to just work out. Maybe you’ll see some fluctuations (in rankings) for a couple of days, maybe a week or so, but usually, that should settle down fairly quickly.” – says John Mueller.

But if you’re merging sites – moving site one to site two, and site two already had some content – it takes significantly longer for things to settle down and you should generally be more careful. John’s advice: Do it step by step!

“…moving from one domain to another, and at the same time you change your CMS, your URL structure, you change the layout of your pages. And if you do all of that at the same time, and something goes wrong in Search, then figuring out why that happened is going to be really hard. Whereas, if you do it incrementally… by being able to separate out those individual parts, it makes it a lot easier to figure out what you need to change.”

What to Do When AdSense Ads Slow Down Your Pages?

Two webmasters submitted a similar kind of question for this hangout: What can you do when an ad from Google AdSense makes your Page Speed Insights score and Core web Vitals metrics go down?

John’s answer was simple. You can check with the AdSense team to see if they can give you any specific guidelines on what can be done. Or, you can make things a little better by simply putting those AdSense scripts to load further down the page.

It is a bit weird, though, that Google’s very own product can make your pages slower, but it is convenient that other Google’s tools are willing to report that problem to you. Here’s how John sees it:

“It’s not going to be the case that our speed testing tools will say – Oh, this ad script is perfectly fine because it’s made by us, even though it’s really slow. – …Users don’t care where the slowness is coming from, they just care that a page is slow.”

One publisher was concerned about the number of times the same internal link can be used on the same page, in regards to SEO. Mr. Mueller assured them it’s okay to “use as many internal links as you want to”, as well as it’s okay to use the same link multiple times.

He did go on to add the following, though:

That makes sense when you think about it. If you use a very flat structure, where every page links to every page, the Googlebot crawling your site won’t really be able to understand the relationship between the pages. It will see all pages as they were on “level one”, and that might not be a good thing.

Thanks for reading, we hope you’ve got some insightful SEO tips from this post, and see you again next time!

If you wish to watch the whole Hangout video, you can do it here: