An SEO Carol: A Timeless Classic 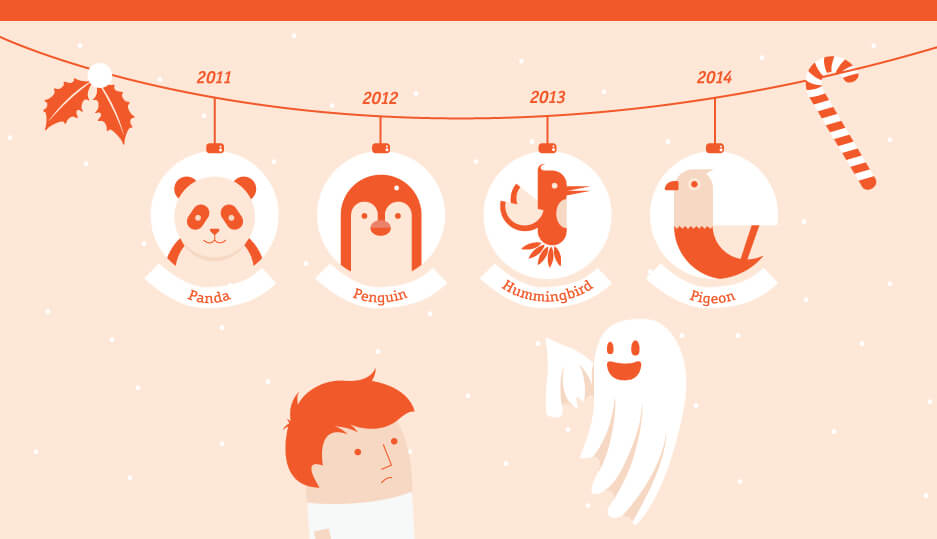 We have endeavored in this Ghostly little article,
to raise the Ghosts of Google updates,
which shall not put our readers out of humor with themselves,
with each other, with the season, with us.
May it haunt their digital strategies pleasantly,
and no one wish to lay it.

In the light of the upcoming holidays, we’re going to take advantage of a Dickens classic to metaphorically describe the state of the SEO industry and help you prepare for the inevitable changes.

My dear marketer, this Christmas, we’re taking you on an almost two-decade-long journey; you’re about to be visited by three ghosts, who will teach you everything you need to know about the major Google algorithms that have affected website rankings; present the current state of affairs and guide you on your path towards the top of SERPs.

Stave 2: The ghost of updates’ past

On the first night, the ghost takes us to the year 2000. It’s December 11th and the then-just-a-startup Google grants us a powerful information search and retrieval companion that enables us to search for… well anything. Any kind of information can be found on websites without their own search capability, quickly highlighting and jumping to search terms on any page. 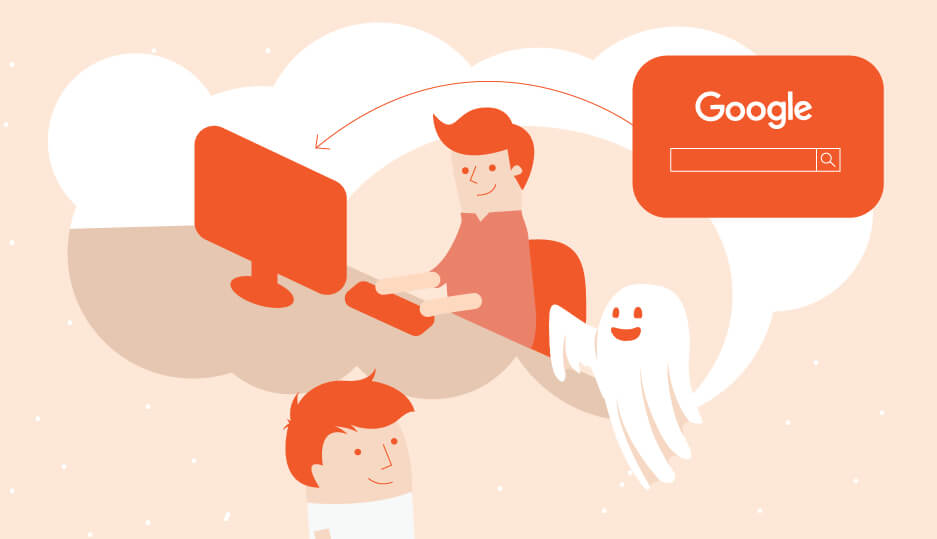 Now we jump to 2003, to the cross-linking battle for the elevation of link quality, with the goal to put an end to massive linking from co-domains and hidden text and links; Dominic was like a cold war; we all knew something was going on, but no one could really put a finger on it. Then came Esmeralda to announce that it’s not just Google Dance, it’s the Everflux, and the Search Engines were definitely experiencing huge structural changes in regards to Google.

And here we are, where it all truly began – November 2003, Florida – the land of suspense; a multitude of sites losing their rankings, raging business owners regretting their low-value SEO tactics, like keyword stuffing, that should have died at the turn of the century. Out of bed and straight into their worst nightmares, no more hidden tags, invisible texts.

Exactly 5 years into the 21st century, we are introduced to the new ‘no follow’ attribute, enacted to seize control over outbound link quality. Even though it wasn’t a traditional algorithm update, for the first time we managed to effectively respond to spammy blog comments. ‘Member link farming? The Jagger series of updates washed them off the face of the Earth, together with reciprocal and paid links.

On February 23, 2011, we met with Panda, at that time the biggest update of them all. Affecting almost 12% of all search results, it hit content farms, giants among websites with low quality content, thin affiliate websites which lacked content, websites with a large ad-to-content ratio and over-optimized websites; all with the aim to provide users with results of the highest quality.

April was the cruelest month, the coldest of them all; introducing Penguin and aggressively punishing websites which excessively used exact match anchors. No, by now we could see that it wasn’t the first update to fight spammy content, it’s just that Google keeps getting better and better at this game of cat and mouse.

Next, we flew side by side with the Hummingbird, an update which helps Google better understand queries, synonyms, search intent and conversational search. By then, it was surely considered the friendliest update of them all, designed for search engines and users equally.

What follows us on this flight is Google’s Pigeon, providing more accurate local search results, mostly affecting the rankings of local businesses.

Stave 3: The Ghost of updates’ present

On the second night, we find ourselves hovering over the masses, while hypnotized by their small screens. Although much smaller than expected, Mobilegeddon peaked on April 22 last year and is putting pressure on web designers and marketers to think mobile-first. 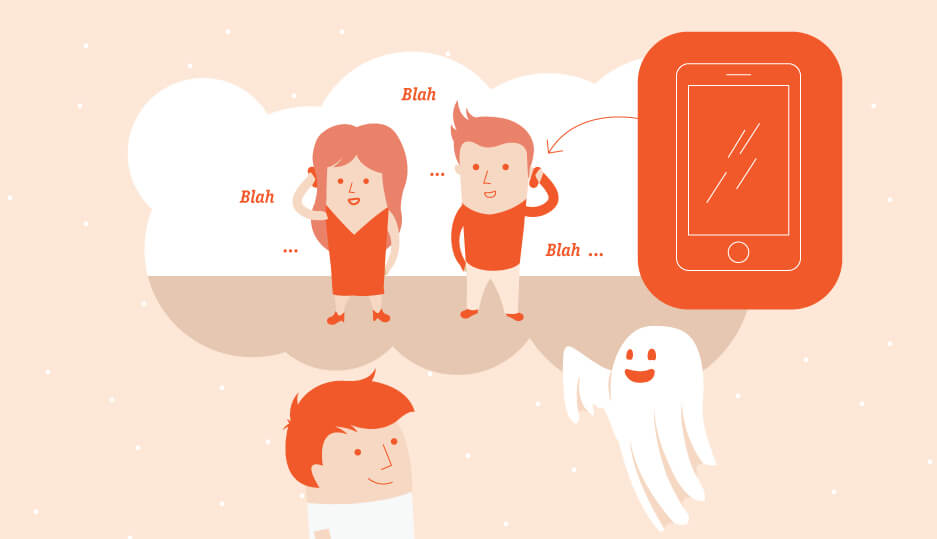 Naturally, with nearly 60% of searches happening on mobile devices, Google started giving mobile-aware pages an advantage over unoptimized ones in mobile searches.

More than half of present-day consumers won’t recommend a business with a poorly designed mobile website, and 40% will turn to competitors instead. Another reason for marketers to pay extra attention to the mobile experience is related to the fact that the average smartphone conversion rates are up by more than 60% in comparison to desktop ones.

To put it simply, mobile optimized websites are flash-less, written in large font, scrollable only vertically, and when it comes to links – they are placed far enough apart, so that the user can easily tap the correct one.

Stave 4: The Ghost of updates’ future

Embrace the change, as it is the only constant in the SEO world; we have tried to depict the biggest of them all, but the fact is that they occur up to 600 times a year. Certainly, it is a stressful environment to work in; still, panic and hasty reactions are counter-productive. Instead, once a major algorithm update is announced, wait to see whether your website’s impacted at all. If there is a change in your metrics, learn more about the aspects of your website the update in questions was designed to target.

All this sounds almost effortless, but what happens more often than not is that Google keeps the details of its work to itself. It always seems to be one step ahead of you – can you reverse the situation? 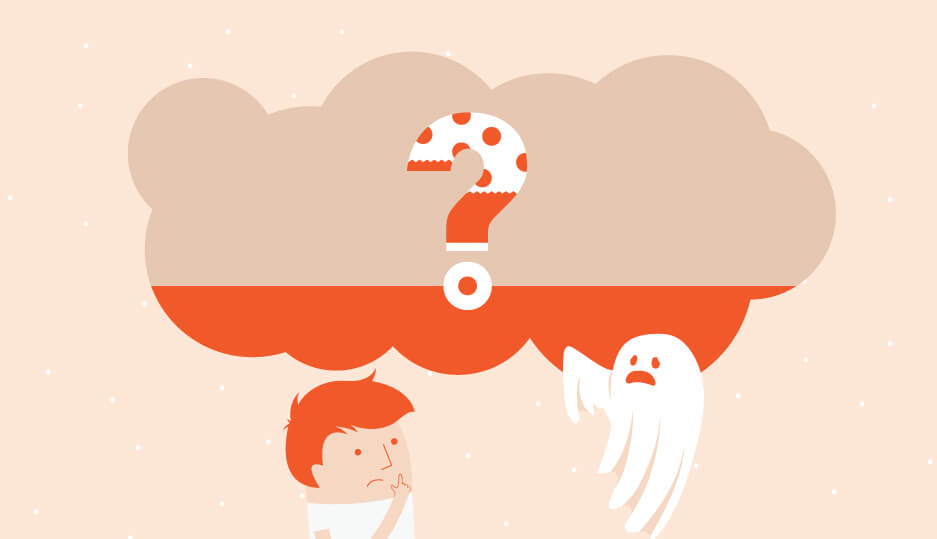 With so many changes occurring in the last year, it’s only natural to expect to see them develop further in 2017. Although this way Google keeps marketers on their toes, we can look back on some co-occurring trends to come up with a plan of attack (or rather defense):

1. All about the user

As we’ve seen in the past, search engines have become better listeners; users have picked up on that and are no longer afraid to express their minds more freely. Namely, users have formed a habit of entering full queries and phrases, and consequently, they are being provided with better results.

It’s not that specific keywords are no longer important, but brands will have to optimize their content with user intent in focus: what is it that they are searching for in order to land on your page?

There’s not a content writer in the world who hasn’t been bothered by the fact that optimizing website content for Google is not the same as optimizing for users. Once it was imperative for a web page to have at least 250 words of content in order to rank, and that, too, was considered thin content. As a result, a consumer would arrive on your services or products page only to be bombarded with, in some cases, 500+ words of rather unnecessary content, even when it all could have been explained in a few sentences. Thankfully, schema markup has gained momentum, helping website owners achieve enhanced listings on SERP, while providing users with the most relevant information for their query.

Everywhere. And we mean it. Multi-channel marketing has been around for some time, and now we’re looking at cross-channel marketing as its extension. Although the two concepts seem similar, understanding the difference could make or break your future marketing efforts: multi-channeling refers to establishing a presence on more than one platform, whereas cross-channeling implies using more than one channel to market your brand in an integrated way (e.g. sending social media users targeted ads based on their searches). Cross-channel aids brands in creating a consistent brand presence across multiple channels, allowing users to move seamlessly between devices and platforms to make a purchase.

4. Voice search on the go

Although the popularity of smartphones keeps growing, they are far from flawless. Despite the fact that they allow users to have access to everything at the palm of their hands, just a finger tap away, it’s that same finger that keeps getting in the way of instantly accessing much needed information. Mobile keyboards are difficult to handle, especially on the go, and that is why many turn to voice search.

Speech recognition continues to improve, with error rates going down from 25% to 8% in only two years. With more people performing longer and more natural queries instead of the keywordy ones, it has been a challenge for marketers to adapt to these demands. As Google focuses on providing users direct answers, it means content will have to be written in a way which gives concrete answers to certain questions in order to benefit from increased exposure.

For some time now, Google has been putting emphasis on the importance of HTTPS in order to deliver the best search experience. Marketers and SEOs are advised to secure their websites with a 2048-bit encryption, as modern-day consumers are familiar with the HTTPS protocol and will look for it on websites that ask for personal information.

Our postmodern vision of this timeless classic, like its contemporaries, has no ending. The Google dance will last for many years, and in order to keep up – do dwell on the past while stepping into the future.

You’ll never find out just how Google improves spam filters, but keeping track of all the metrics it targets is the best medicine for the prevention of Post-traumatic Search Syndrome. Tying the construction of your website to anyone perceived algorithm signal is a risky business, leaving you in fear of Google’s constant tweaks. Instead, focus on what Google puts emphasis on when making changes to get one step ahead and avoid turbulence in organic search traffic.

Don’t look at Google as the enemy; its primary goal is to provide users the best possible results, thus pushing webmasters to design better websites and create better content. The updates are not working against SEO as a whole, they’re working against black-hat SEO exclusively.

The New Year countdown is about to start, and a new battle for rankings is ahead.

May the metrics be ever in your favor!