Greetings and welcome to the second March edition of Digital Marketing Week in Review by Four Dots – our weekly digest where we glean and process some of the most relevant industry-related events and pieces of news that took place over the last 7 days (or so).

Let’s get down to business!

Google Ads’ new “Attribution” reports, previously known as “Search Attribution,” have been rolled out and according to the company’s official announcement, the upgraded version should be much more simple, user-friendly and time-efficient compared to the previous one.

Attribution reports are crucial in terms of monitoring Google Ads campaigns, providing valuable insight into actual pathways users take towards conversion. The updated version will combine both previous attribution reports and some new ones, so the list now looks like this:

Here’s an example of cards on the revamped overview page:

Google Moved 70% of Websites to Mobile-first Indexing, All Sites to be Moved by September 2020

Google has recently announced that the company will crawl and index ALL SITES via Google mobile-first indexing by September 2020, while they also said that 70% of currently active sites have already been moved to mobile-first.

That said, it is highly likely that your own website has already been moved to the mobile-first type of indexing.

Reddit advertisers can now buy ad units called “Trending Takeovers,” which is the first time this social media platform started using this type of ad feature in its trending section. Advertisers can now use Reddit’s Popular tab and Search dropdown to rank higher in these feeds and therefore reach their target audience more easily.

Below are screenshots of Popular feed and Search dropdown on a mobile device: 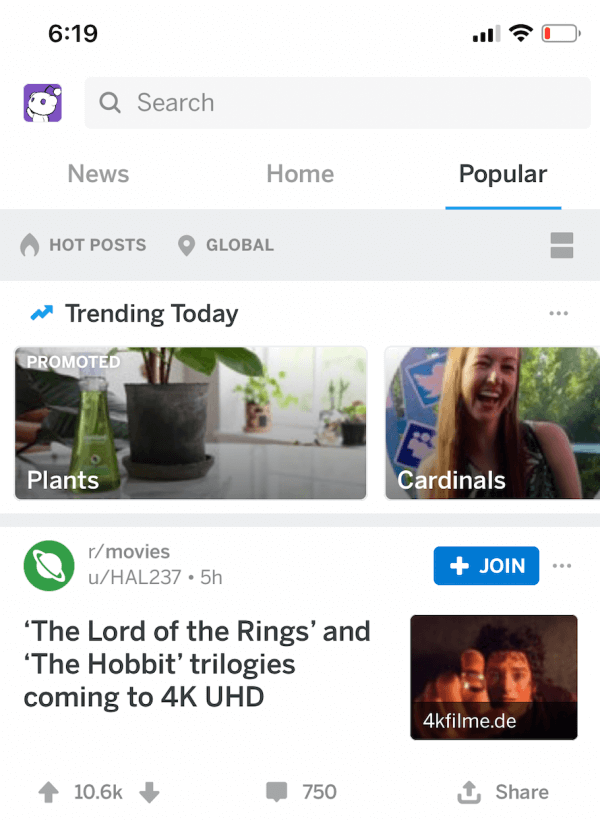 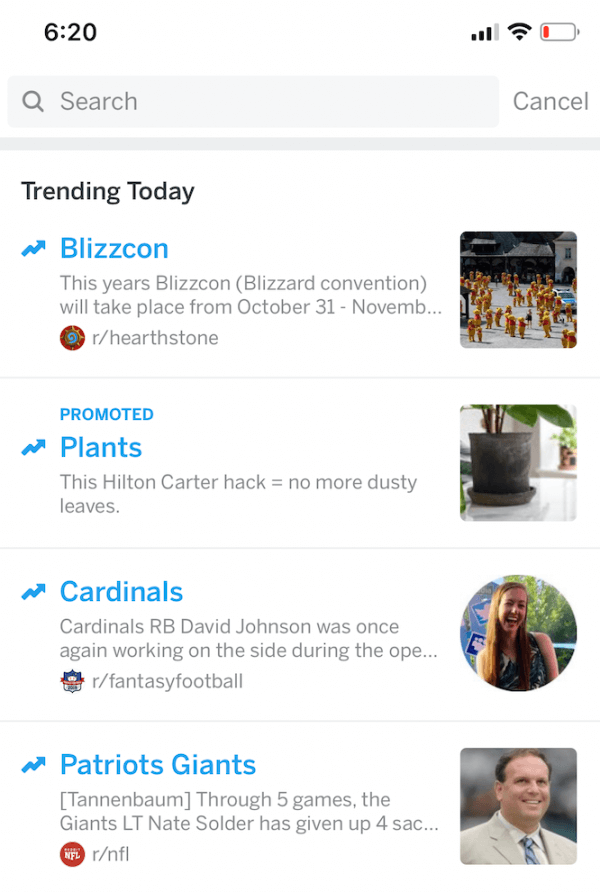 Google to Start Reviewing Photos/Videos Uploaded to Google My Business

This basically means GMB users won’t be able to officially publish this type of content unless it has been previously reviewed and approved.

We've made changes to our photo and video content policy. All photos and videos are now reviewed before publication. If you're having issues adding photos, check out our photo criteria: https://t.co/XR21n7uM9Z

It is not yet clear whether the content will be automatically reviewed by an AI-based algorithm, or your photos and videos would have to pass human-based manual reviews (in which case we could expect longer delays during the content publishing process).

Twitter Rolls Out its Own Stories Feature Called “Fleets”

This was a long time coming. After LinkedIn announced its own take on the Story feature a couple of weeks ago, Twitter is now following suit with a similar announced saying that Twitter users will soon have an opportunity to use this type of content-sharing format.

Twitter’s version of Stories will be called ‘Fleets‘ and is currently in its testing phase, though the marketing team behind this social media giant seems to be rather determined to point out that Fleets is NOT stories, just “sounds a lot like Stories.”

I know what you're thinking: “THIS SOUNDS A LOT LIKE STORIES!”. Yes, there are many similarities with the Stories format that will feel familiar to people. There are also a few intentional differences to make the experience more focused on sharing and seeing people’s thoughts. pic.twitter.com/OaGYZpChcN

Web’s largest video content platform is about to step up its analytics game by providing content creators with a way to perform a side-by-side comparison of multiple metrics. The update is especially handy for those who seek a way to analyze the ‘deep dive’ section of their YouTube analytics dashboard.

This type of data should help creators tracks and compare different performance metrics, therefore, gaining valuable insight into how their content is performing over time. Prior to this upgrade, YouTubers could only compare the performance of one metric at a time, whereas now they can do multiple metrics side-by-side comparisons in a single graph.

That’s it for this edition of Digital Marketing Week in Review by Four Dots. See you next week, until then – feel free to check out our previous episode!