Hello and welcome to another edition of Digital Marketing Week in Review by Four Dots – our weekly column where we comb through some of the most relevant news and events that took place within the digital marketing world over the last 7 days or so.

In an attempt to improve the way Google evaluates the overall user experience a page offers, the digital giant is updating its ranking signals. The new update comes in the form of Core Web Vitals combined with existing user experience signals. 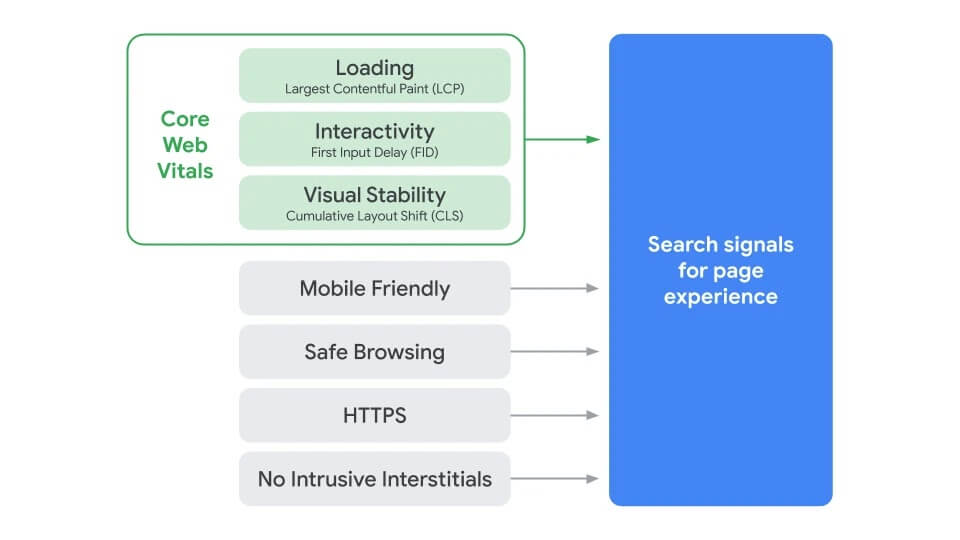 As Page Experience signal is still in the early development stages, the launch is planned next year, which leaves more than enough time for website owners to properly prepare for the impact it may have on their future rankings.

More info about the Page Experience signal available here. And while we’re in this neighborhood…

SEOs and website owners are in for a treat as Google makes it easier for them to track Core Web Vitals. The Core Web Vitals measuring mechanism was introduced a couple of weeks ago. Up until now, these metrics could only be tracked via the Chrome UX report.

The company recently announced that it would soon incorporate Core Web Vitals into Google’s ranking algorithm, and with the addition of new measurement capabilities via several of Google’s existing tools, this process should be both easy and quite effective.

Here’s a look at the GSC dashboard for tracking Core Web Vitals: 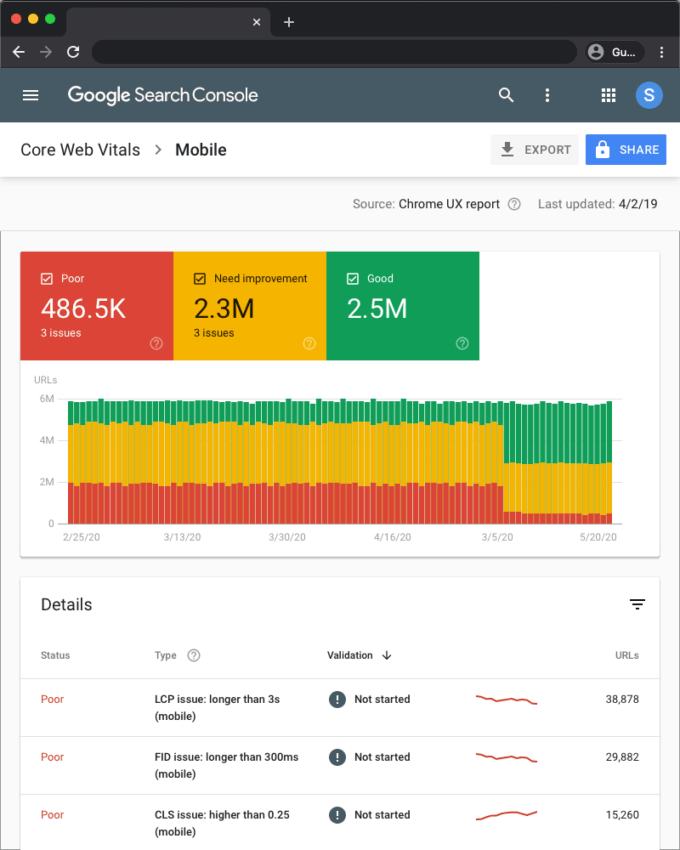 These GSC metrics can help site owners better evaluate the performance of their pages in terms of user experience across their entire website. The source data for this report comes from the Chrome UX report.

Learn more about the proper use of Core Web Vitals in this SEJ article.

The 2 offerings (so far) involve:

For the time being, IGTV stated it will not be taking any percentage of this new-found revenue, but it is expected Instagram will at some point move to a revenue-sharing model.

Scheduling posts on Twitter has so far been possible only via third-party tools, but now Twitter users are able to use a similar post-scheduling method within the app itself. This option is accessible from the composer screen. However, users will only be able to schedule tweets in advance when using Twitter via a web browser.

Not quite ready to send that Tweet? Now on https://t.co/fuPJa36kt0 you can save it as a draft or schedule it to send at a specific time –– all from the Tweet composer! pic.twitter.com/d89ESgVZal

Scheduling tweets in advance can be done in just several simple steps:

The new feature is not yet available on Twitter’s official mobile app.

Read more about this in this informative SEJ article.

Google is removing AMP as one of the main requirements for getting your webpages featured in Google’s “Top Stories.”

Top Stories is a section that appears at the top of Google’s search results when a user searches for a trending news story. Ever since 2016, AMP was a necessity when it comes to being featured in this section of the Google search results, but this will soon change.

“As part of this update, we’ll also incorporate the page experience metrics into our ranking criteria for the Top Stories feature in Search on mobile, and remove the AMP requirement from Top Stories eligibility.”

The update should be rolling out next year (though testing may have already started), along with the new adjustments to the eligibility requirements for top stories.

Businesses now have 3 new ways of highlighting more types of service offerings in their Google My Business profile.

GMB attributes help potential customers make informed decisions about a business by letting them know what a business or place has to offer. These attributes are accessible and visible to users who are searching for a company via Google Search and/or Maps.

“Since March, more than 3 million restaurants have added or edited their dining attributes,” folks over at Google stated. “Some restaurateurs are even ditching dining areas for good. To support all types of food merchants, virtual kitchens can now verify their businesses on Google My Business.”

These updates are already available.

Google Provides Details on Why Its Algorithm Rewrites Meta Descriptions

During a Webmaster Central hangout, one publisher asked John Mueller, a Senior Webmaster Trends Analyst at Google, why their engine keeps rewriting their meta description. Mueller provided an answer that piqued the interest of many.

The publisher’s question was focused on homepage meta descriptions being rewritten on the SERPs for branded search queries, and the answer provided by Mueller gave some handy insight into why Google’s algorithm rewrites this metadata section.

The answer can be divided into 3 parts:

1.  Google likes meta descriptions that have been written with users, not Google in mind.

Basically, if the meta description provided consists of only a bunch of keywords incoherently mixed together, the Google algorithm will recognize it and change it accordingly.

“In particular, sometimes when we see a bunch of keywords that are just kind of collected in the meta description,” says Mueller. “Then that’s something that our systems might look at and say well, this doesn’t look that useful for users. So they’ll try to rewrite something else.”

2. Geo modifiers may be causing it.

The publisher noted that his meta descriptions that contain “UK” search query modifiers are mainly the ones that are being rewritten. The problem, in this case, may arise if the page itself isn’t specifically sending UK related content signals to Google.

“And most of the time when it tries to rewrite something, it’s based on the content on the page itself,” Mueller wrote.

“And the other thing… you noticed, is the description can vary depending on the query that is used. So the first thing that I would do is just take the normal branded query that you use and double-check that the description that you provide in the meta description is actually pretty useful and not too… spammy or overdone. And then go from there, essentially, to figure out… is this something where Google always gets it wrong? Or is it something where sometimes Google’s algorithms pick up something else on the page and get it wrong?”

Find out more about this interesting topic in this SEJ article.