Google plans to use thumbnail images in different search contexts and is currently testing this upcoming feature.

There are two different versions of these thumbnails:

Thumbnails are displayed as square-cropped versions of their official featured images of the content piece, very much similar to the way Google News displays thumbnail images.

Here’s a screenshot of the SERP thumbnail version: 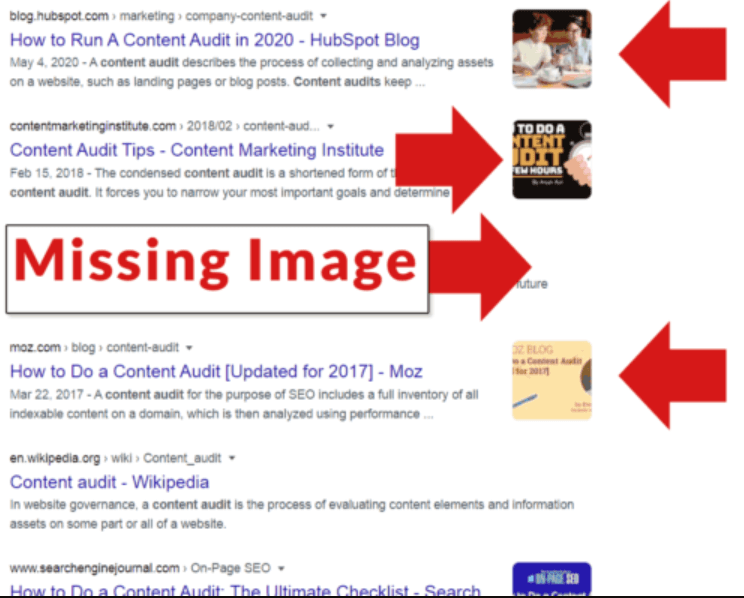 The details explaining why certain thumbnails aren’t showing are still unclear, and your guess is as good as ours. It could be that the article’s featured image is missing; that the format is not wide enough; or that there’s an error in the metadata, etc.

Read more about this upcoming feature in this SEJ article.

Good news for WordPress users who are looking for new ways to boost their traffic.

Back in May, the digital giant rolled out a beta version of “Google Web Stories,” a new form of Accelerated Mobile Pages (AMP) that allows the content pieces to be consumed in small chunks.

Now, Google and WordPress are rolling out an official WordPress Web Stories plugin that should enable website owners to leverage the potential of Google’s Web Stories.

Web Stories is a brand new way for publishers to rank hight at the top of Google search, Google images, Discover, and Google App, making this kind of an untapped market in terms of SEO strategies.

This is especially true for those focusing on mobile users.

Though the current version of this plugin is in beta and is hence missing certain features like animation and page attachment support, the full version of the Web Story WordPress plugin is expected to be released later this summer.

More information about the plugin and potential ways to use it to boost your traffic, available in this SEJ article.

Facebook has updated its news feed algorithm so it gives original news reporting a higher priority.

Articles that Facebook’s algorithm identifies as original news reporting will be prioritized by the social media giant, which means that whenever there are multiple stories on the same topic shared by various publishers, Facebook will make sure that the original news pieces are boosted in terms of reach.

The FB algorithm will be able to identify original news articles by investigating groups of news pieces written on a similar subject and figure out which news article has been linked as the original source the most.

This algorithm update will, however, only affect the news articles shared by publishers’ pages, while the users won’t see these changes in posts coming from personal profiles such as friends and family.

It comes as no surprise that Facebook is a platform that isn’t exactly unbiased in terms of which news platforms and narratives get to reach more users. This new algorithm update doesn’t alleviate this negative trend.

It, in fact, has the potential to politically polarize its users even more, as well as marginalize small independent publishers even further.

As huge and establishment-dependent news platforms are more likely to reach wider audiences from the get-go, and since it is more likely for an original story to be picked up by a larger news website that will subsequently be linked as the main source by smaller publishers because established platforms are deemed as more reputable sources, we are likely to see more room for narrative-driven agendas.

Facebook, on the other hand, stated that the process of defining original reporting standards is a complex one and that their team will continue their work on refining this approach to post prioritization in the future.

Google is Testing “Insights” Within Analytics Data in Search Console

This Insights feature, which is still in its beta version, offers new ways of reading the metrics and provides a fresh angle from which to analyze your website’s data.

Given that the feature is still in beta, most Google Search Console Users haven’t yet been granted access.

Bing Reveals Its Ranking Factors in a Webmaster Guidelines Update

Bing’s updated version of webmaster guidelines provided interesting details about how this search engine ranks content, as well as some new tips on what publishers should be avoiding in order not to harm their SEO efforts.

This is the first time Bing’s webmaster guidelines contain backend data on which parameters it looks while ranking content, making this a rather relevant update to SEOs worldwide.

Aside from making it clear that this search engine does not prioritize Microsoft-based products/services in SERPs, the update also emphasized that it is not possible for websites to bribe their way to the top of Bing search results.

Much like it is the case with other search engines, those who want to gain more paid exposure are welcome to do so via Microsoft Advertising.

Below are the various parameters that factor into how Bing ranks your pages and content:

To learn more about this insightful new Bing data, go to this SEJ article.