Greetings and welcome to another episode of Digital Marketing Week in Review by Four Dots – a weekly digest wherein we assemble and write about the most interesting and often disruptive events and pieces of news that took place within the digital marketing landscape over the past 7 days (or so).

In this “February 2020: Week 4” edition, our readers can find out details about the following events:

Let’s get down to business!

The social media giant is rolling out an interesting app called the “Creator Studio,” available for both Android and iOS. As the name suggests, the app will come in handy to those Facebook users who are looking for a platform via which they can easily manage page content and monitoring page performance.

In their official announcement, the team behind this social media platform had this to say:

“The app is an evolution of and mobile complement to Creator Studio, the desktop hub dedicated to helping creators and publishers manage their content, track performance, and connect meaningfully with their audiences on Facebook. The new experience offers the same actionable insights and meaningful engagement metrics, all from the ease of a mobile device.”

Below is a screenshot taken from their Creator Studio blog post: 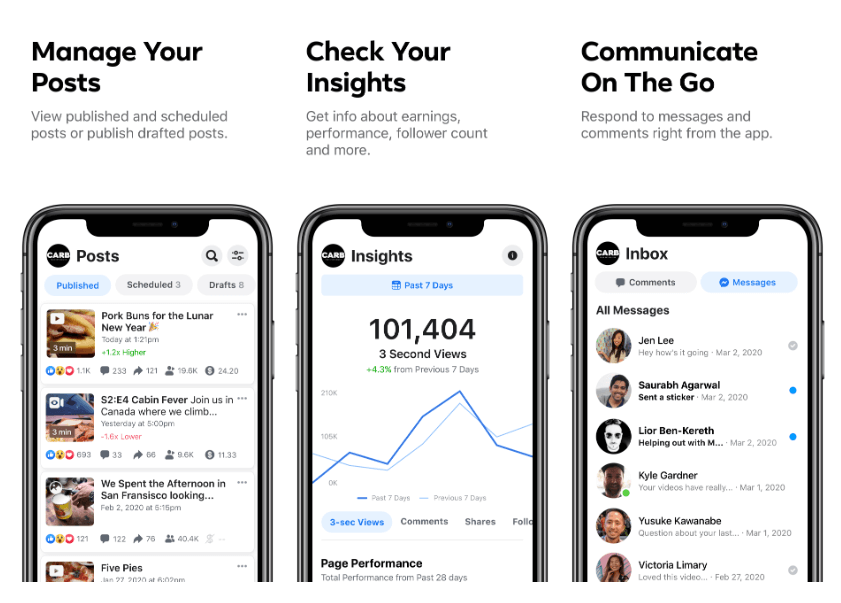 It appears that the Creator Studio mobile app won’t have all the features that are available via its desktop version, but it does offer numerous handy traits to those who need to manage pages on the go.

The SEO landscape was forever-altered in late 2019 when Google announced a two-part update regarding the way it treats nofollow links. The first ranking-related update took place in November last year, while the second update that will influence the way nofollow links are crawled and indexed will come into effect on March 1, 2020.

Basically, Google will start treating nofollow links “as a hint” for the purposes of crawling and indexing.

As for whether (and to what extent) this update will impact rankings, certain rules might soon surface according to which Google will choose what pages to crawl and index.

According to SEJ: “It’s not far fetched that Google will choose not to index low-quality pages.”

We will see how this plays out.

Google is currently testing a new, badge-based way of displaying image licensing information within Google image search results. It will provide websites a way to highlight this type of data about the images that appear on their page.

Currently, when you google images, you have to go to Tools and then Usage Rights tab. The new update will obviate these steps by displaying a small badge indicating particular images as “licensable.”

The user will be able to click on the image, expand it, and then have insight into where Google deems that particular visualization usable. 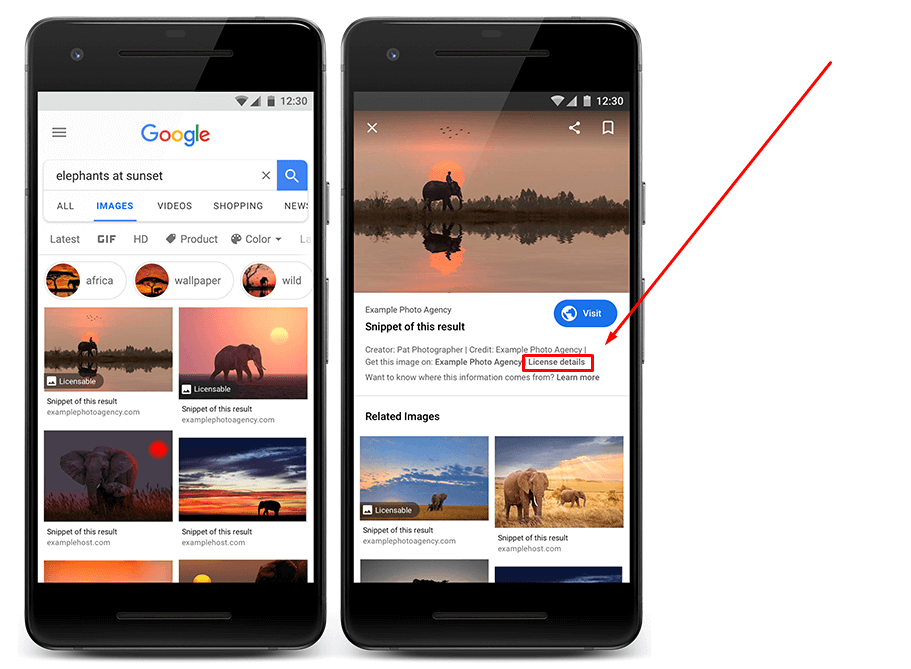 About a year ago, Google tested a local SERP feature highlighting alternative directory sources for the same query, and now it appears that there’s an updated version of the SERP that offers branded directory buttons.

The update seems to be live in the UK, Belgium, Spain, Greece, and France, so far.

@rustybrick do you know anything about this “find results on” field? It shows results from directory sites. First seen today for Belgium and Greece. Some SEOs from Spain & France say this is available for some months now. Do you think it can be related to the EU antitrust fine? pic.twitter.com/Zk1jwAbahC

According to SEL, this new SERP change is a result of “Google’s continuing effort to comply with the European Commission’s antitrust decision in shopping search. It’s also an attempt by the company to preempt a separate antitrust action in local search.”

GSC Is Launching New Tools to Assist With Website Moves

Google is about to roll out new Google Search Console features within the Change of Address tool that will come in handy to those in need of a domain change.

New improvements to the Google Search Console Change of Address tool ????
✔️ Redirect validation for top 5 URLs of the moving domain.
✔️ Reminders on top of both the moving domain and the destination domain.
???? Learn more about the tool https://t.co/RJxiJeQRjl pic.twitter.com/FEfNS9VUhd

Google Ads rolled out a new way of sharing audience lists across all accounts, which should be quite useful a feature, especially for manager accounts. Prior to this change, sharing these lists from manager accounts to sub-accounts was an unnecessarily time-consuming process for advertisers and required multiple steps.

The new feature is called Continuous Audience Sharing and it allows advertisers to quickly and easily opt-in via the settings panel. The users do, however, have to manually activate the feature within settings of their accounts.

This is also the last piece of news we covered for this week’s edition of Digital Marketing Week in Review by Four Dots. See you next week, until then, feel free to check out our previous edition!